With the Octo series, in recent years, Bulgari has broken many records of “the thinnest watch in the world”. Between 2014 and 2019, at least six different upgraded watch versions and new movements have appeared in the Octo series. The latest Bulgari Octo Finissimo watch combines the automatic chronograph with the GMT function. The total thickness of the watch body is only 6.9mm.

So far, It is thinner than any chronograph, and Calibre BVL 318 with automatic winding and GMT is only 3.3mm thick, so it is also known as the thinnest automatic chronograph movement ever. 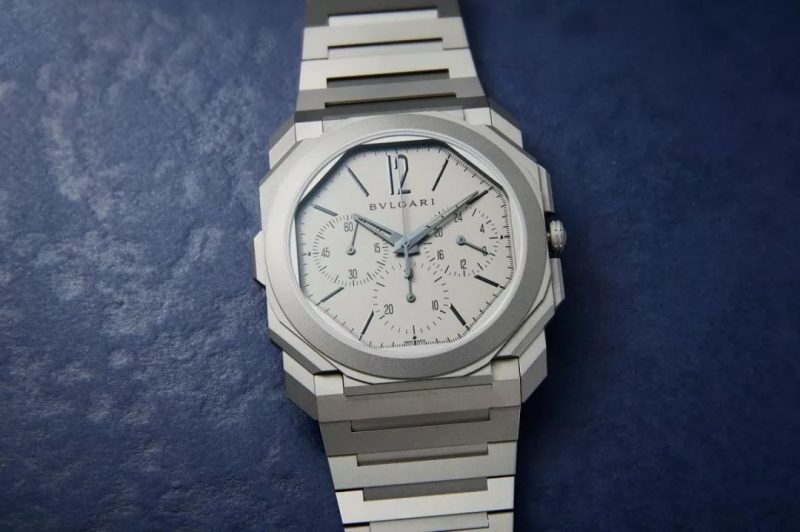 Generally speaking, universal chronographs are slightly more complicated in design due to their versatility, while the design of the Bulgari Octo Finissimo GMT chronograph has adopted the “minimalist” design that has always been in this series. It sets a 30-minute counter at 6 o’clock, small seconds at 9 o’clock, 24-hour time dial at 3 o’clock; In addition, 2 o’clock and 4 o’clock are timing buttons, 9 o’clock direction is the GMT function button. 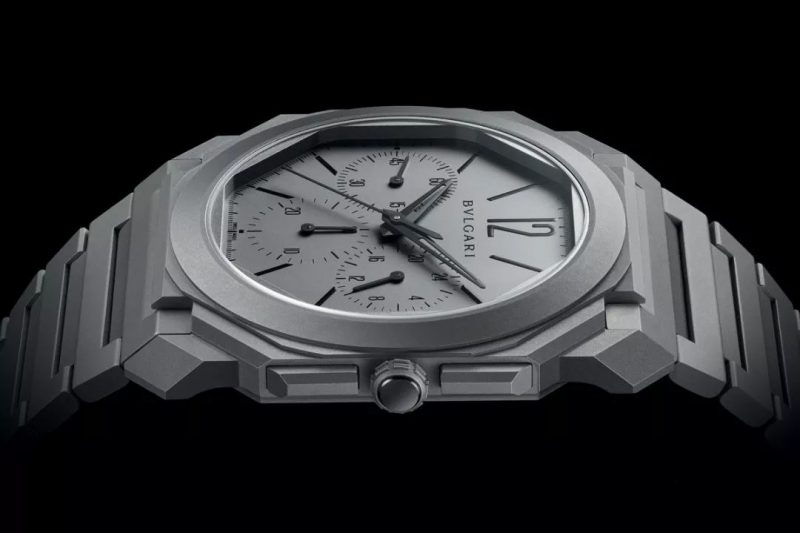 Such a rich layered design can not only conveniently and quickly use all the functions on the watch, but also maintain the classic appearance of Octo Finissimo. 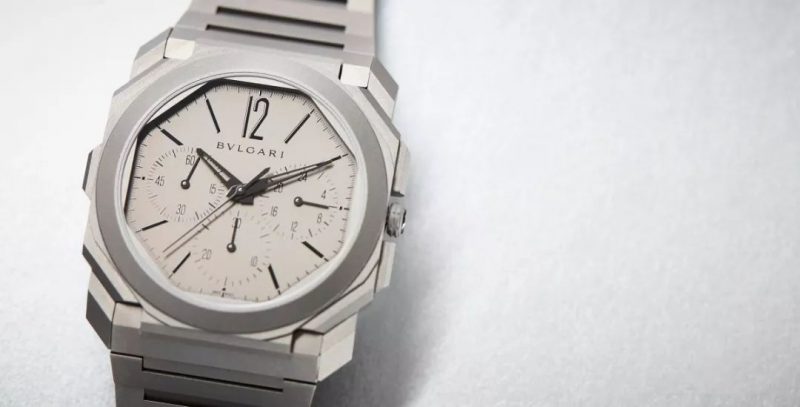 The watch is made of sandblasted titanium, and the 42mm large case (the largest diameter of the series so far) leaves more space for the functional devices on the dial. The fashion sense of the watch is remarkable. The black hour markers and hands on the dial are in sharp contrast to the sand-blasted titanium dial, giving the watch a unique thin appearance and high legibility, as well as being easy to wear (the total weight of the watch is only 84 grams). 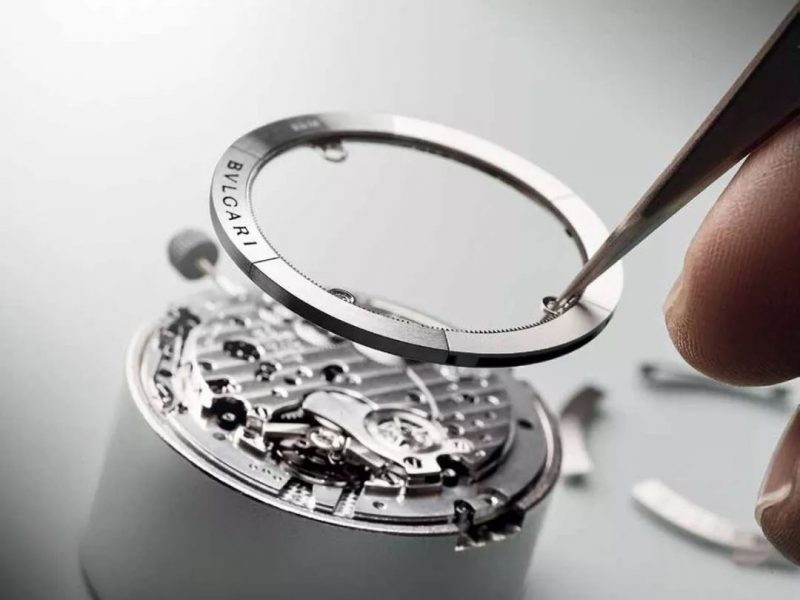 The Bulgari Octo Finissimo chronograph GMT watch has a total thickness of only 6.9mm, which is the thinnest in the chronograph. This is due to the BVL 318 movement. In order to achieve this “thinness”, the movement uses an “edge automatic rotor” instead of the traditional automatic pendulum. The automatic rotor is located on the outside of the movement and then rotates on the ceramic ball bearing through the teeth on the inside, with the gear on the edge of the core, so as to achieve the purpose of winding the movement and maintaining stability. 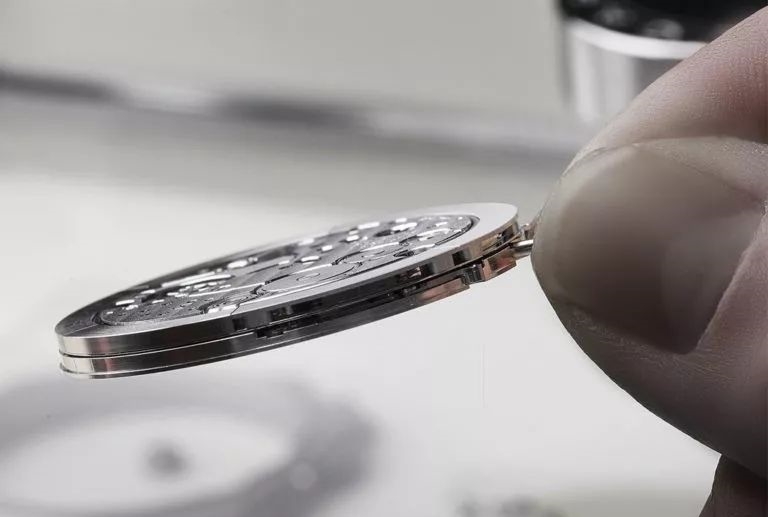 In addition, the large diameter (37.2 mm) design of the movement is also one of the main reasons for achieving ultra-thinness. The larger the space in the horizontal direction, the more components can be installed in it, making the space in the vertical direction will smaller. But also because the case is extremely thin, the watch is only waterproof to 30 meters.

There is no doubt that such an extraordinary watch will definitely be very popular in the field of replica watches. Although the performance of imitated watch cannot be as brilliant as the genuine ones, it will certainly satisfy you in the extra-resemble look. 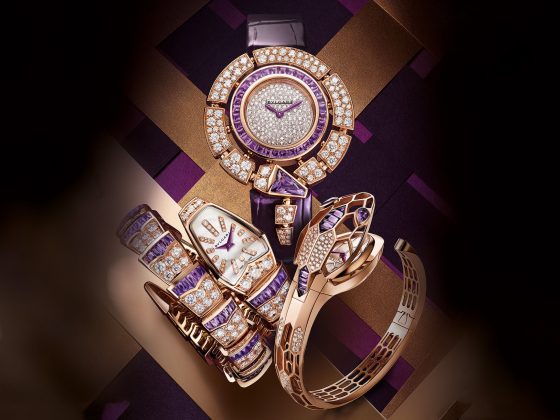 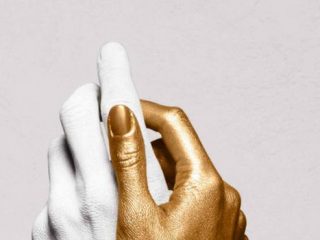